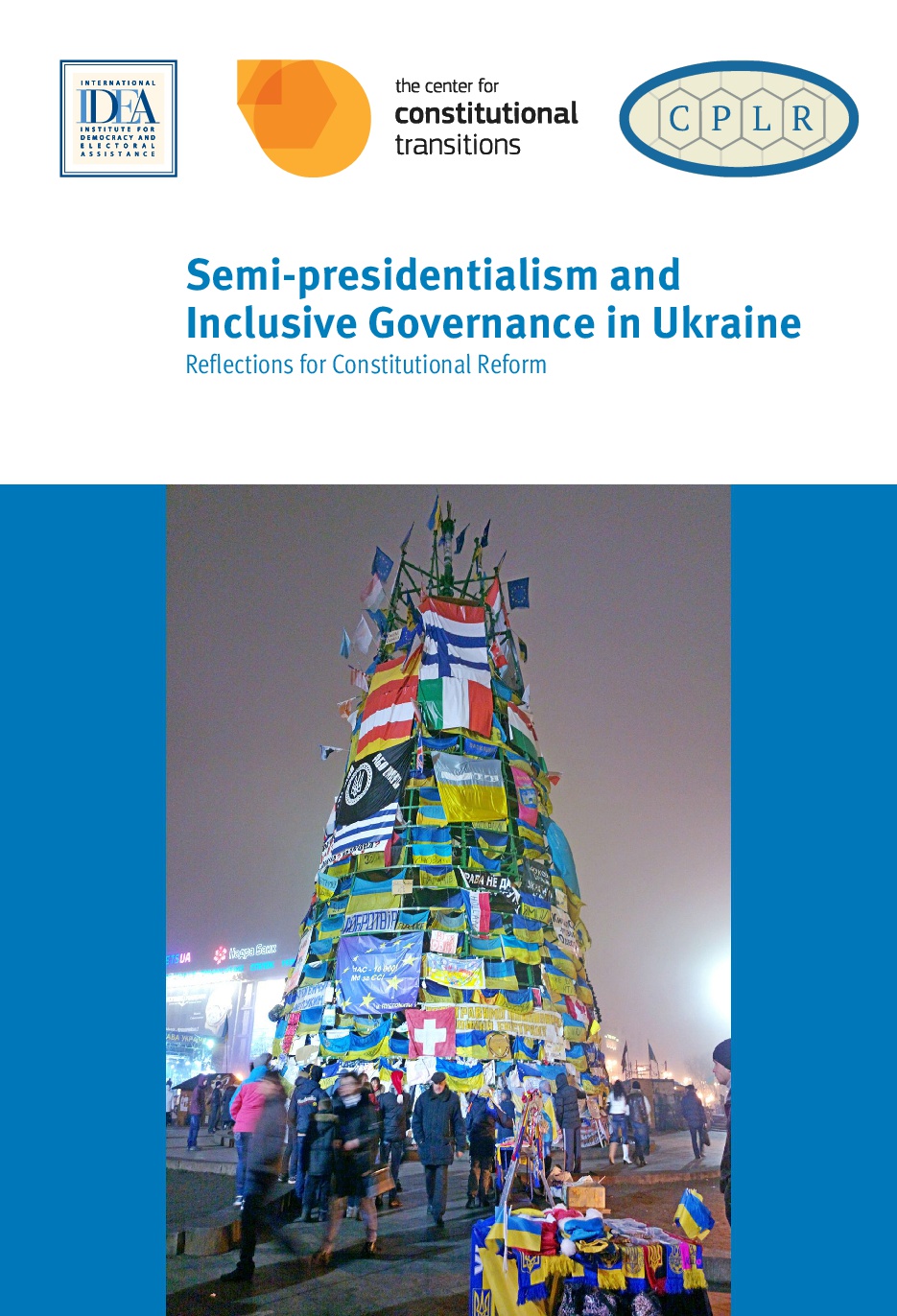 Semi-presidentialism and Inclusive Governance in Ukraine: Reflections for Constitutional Reform

This report assesses the ways in which the semi-presidential form of government can be best structured to promote stable, democratic and inclusive governance in Ukraine.

It does so by analysing key challenges to Ukraine’s  constitutional stability in recent decades, presenting relevant comparative knowledge from other semi-presidential systems in the region and globally, and offering reflections on the Ukrainian context, which could benefit a wide range of stakeholders, such as legislators, policy advisors, think tanks and civil society.

Over the past few decades, constitutional stability in Ukraine has faced four main challenges: (a) recurring institutional conflict among the president, legislature and government, which has stalemated the political system and prevented effective legislation; (b) a presidency that has fallen prey to autocratic tendencies; (c) a fragmented and weak party system that has undermined the capacity of the legislature to act coherently; and (d) a weak constitutional culture and a weak Constitutional Court, manifested by irregular, politically motivated unilateral amendments to the Constitution.

In responding to these challenges, the report identifies the following key objectives: (a) guarding against presidential autocracy; (b) effective power sharing and executive leadership; and (c) an effective legislature that is capable of exercising oversight of the president and the government, as well as effectively enacting legislation.

A status of public prosecution bodies: international standards, foreign legislation and propositions about reforming in Ukraine

The monitoring report on the effectiveness of the National Agency for Prevention of Corruption's implementation of administrative and jurisdictional function in 2016-2018 in the area of countering corruption-related administrative offenses (on June 1, 2018)