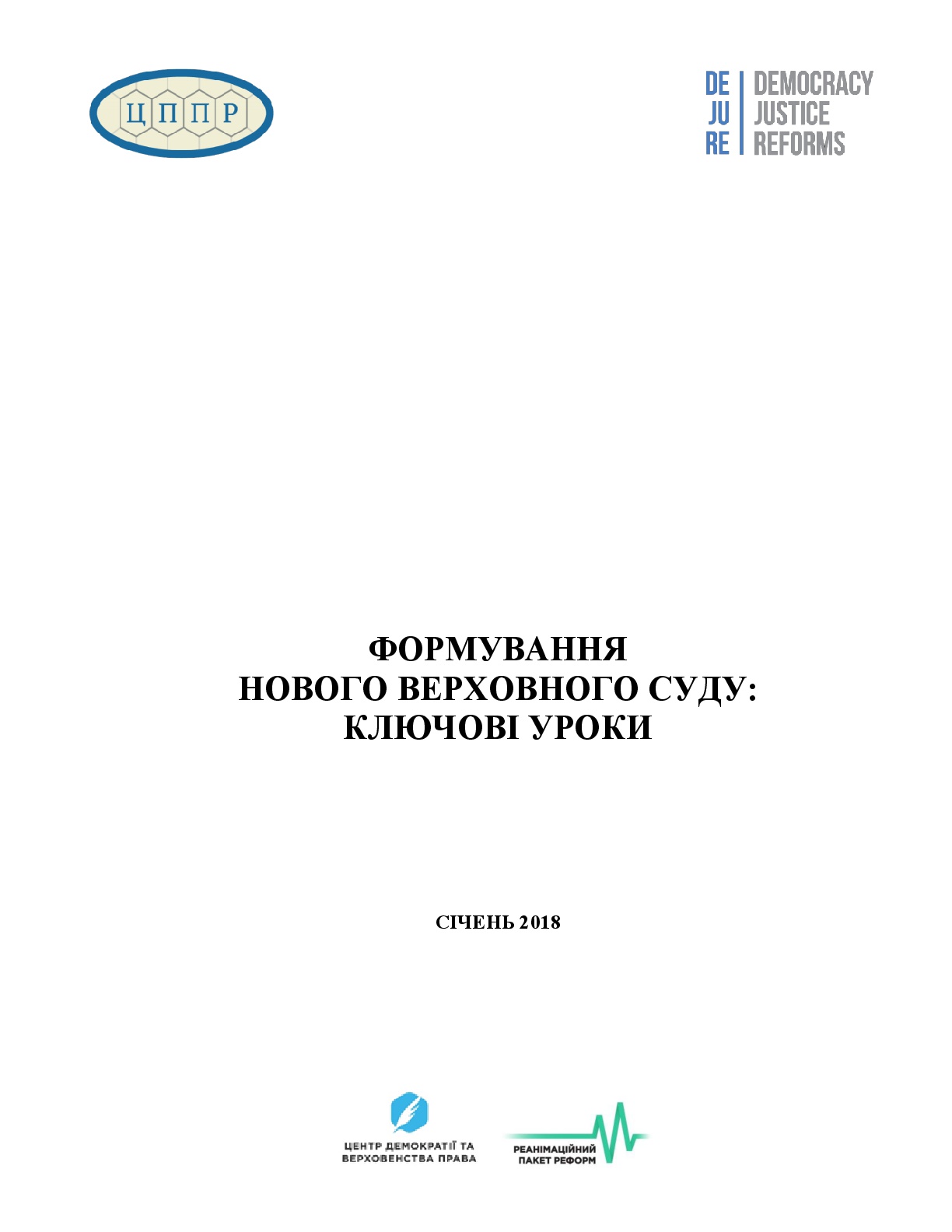 Analysts from the Centre of Policy and Legal Reform and DEJURE Foundation tracked and recorded the course of the competition to the Supreme Court and prepared an analytical report thereon. For the first time, the selection of judges to the highest judicial institution proceeded through an open competition which lasted almost a year and ended in November 2017. Already in December that year, the new court started its operation.

The selection and appraisal of candidates were conducted by the judiciary bodies which mainly consist of the judges themselves: the High Qualifications Commission of Judges (HQCJ) and the High Council of Justice (HCJ). Public Integrity Council (PIC) has been established to support the HQCJ in the assessment of candidates’ integrity in order to introduce public participation in the process of judges’ selection.

During the competition, the candidates had to show their compliance with the criteria of competence, integrity and professional ethics. However, there are numerous facts that indicate that the formation of the new Supreme Court was not fair and transparent enough. As a result, it created risks for the operation of the new Supreme Court and revealed problems that need to be eliminated for the sake of establishment of the credible anticorruption court and for effective conduct of qualification assessment of judges.

Scientific and practical commentary on the Law

Public and private law: a history of Ukrainian thinkings and modernity