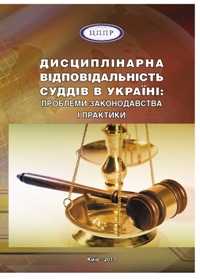 Disciplinary responsibility of judges in Ukraine: problems of legislation and practice

Freedom of peaceful assemblies in Ukraine: the search for an optimal model of regulation

Key Legal Reforms 2014-2015: How Have the European Standards Been Implemented?

For two years, the experts of the Centre of Policy and Legal Reform have been measuring the progress in three reform areas — constitutional reform, judicial reform, and prosecutorial reform — which are seen as key for the rule of law, by using a new tool known as the Reform Speedometer (eu.pravo.org.ua). This Speedometer shows the […]