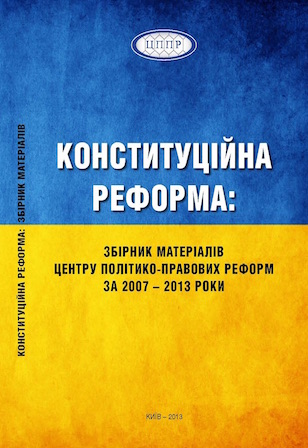 Constitutional reform: Centre’s of Policy and Legal Reform sourcebook of 2007-2013